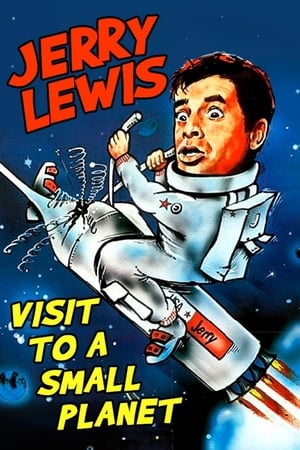 Storyline:
Jerry Lewis is Kreton, a childish alien who, against his teacher’s will leaves his planet to visit the Earth, and lands in the backyard of a famous television journalist who doesn’t believe in U.F.O’s and aliens. Wanting to study humans but not able to fully understand them, Kreton makes a mess out of it, generating a lot of comic situations.
Written by
Alessio Quirino
User Reviews: Jerry Lewis was a big kid. He believed that all he was doing was fun and that everyone would laugh. But his gags and his humor are infantile, pure invention of a child who has remained a child, which has not matured. His best film is "Which Way to the Front?" directed by himself. I think I laughed a little when I’ve seen "The Ladies Man," but I’m not sure. This "Visit to a Small Planet" is totally stupid, you have nothing to laugh about at all.