Storyline:
The amazingly detailed true story of “The Doolittle Raid” based on the personal account by Doolittle Raider Ted Lawson. Stunned by Pearl Harbor and a string of defeats, America needed a victory – badly. To that end, Colonel Jimmy Doolittle, a former air racer and stunt pilot, devises a plan for a daring raid on the heart of Japan itself. To do this, he must train army bomber pilots to do something no one ever dreamed possible – launch 16 fully loaded bombers from an aircraft carrier! Remarkable in its accuracy, this movie even uses film footage from the actual raid.
Written by
KC Hunt <[email protected]>
User Reviews: This was one of the outstanding war films covering WWII. For the most part, it was historically accurate, although some things were changed by MGM, which isn’t unusual for Hollywood.

Sadly, one point the movie didn’t mention, was the terrible price the Chinese paid for their help in getting our fliers out of China and back home.

General Chang Kai-Shek didn’t want to support this operation as he knew what the Japanese would do in retaliation and he was right.

Under the orders of Emperor Hirohito, the Japanese, after learning that the Chinese had helped the American fliers, began a ruthless campaign of murdering Chinese men, women and children in retaliation for the raid. In fact, at least one village was wiped out due to Japanese troops.

It was a heavy price for the Chinese to pay for America to get partial revenge against what we suffered at Pearl Harbor. 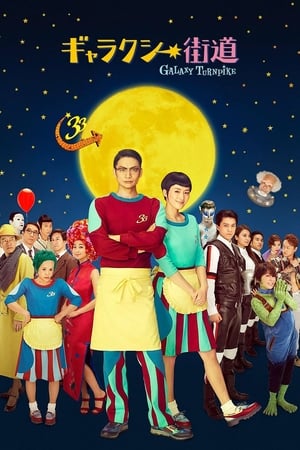 Storyline:The primary story follows a day in the lives of Noa and Noe, a husband and wife couple that run Sand Sand 33, a chain operated burger restaurant that has seen better days. Situated along space route 246666, ...

Storyline:Sara is totally happy. The young actress gained her first little role in a play by the playhouse-baron Gota Nishikono. Sara admires the leading actresses Aoi and Kaori who are practicing hard every day. But ...