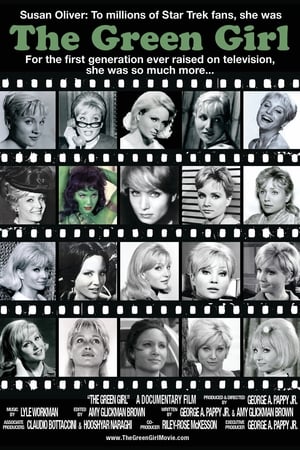 Storyline:
A feature-length documentary about Star Trek’s iconic Green Girl, Susan Oliver: Prolific actress of the ’50s – ’80s, original member of the AFI Directing Workshop for Women, record-setting female aviator; Tragically taken by cancer in 1990.
Written by
George Pappy
User Reviews: I was fortunate enough to see this film at one of its limited theatrical showings.

I have seen Susan Oliver in many films and television shows over the years, but I knew vary little about her. "The Green Girl" brought the person behind the roles to life for me.

She was as accomplished off screen as she was on, and it’s tragic that she has not been acknowledged for all that she did. The unwillingness of many of the well-known actors with whom she worked to provide interviews for this film only serves to underscore that fact.

Despite that absence, George A. Pappy, Jr. and Amy Glickman Brown have managed to produce a very compelling story of Ms. Oliver’s life and career. I know that I will be watching it again on video more than once.