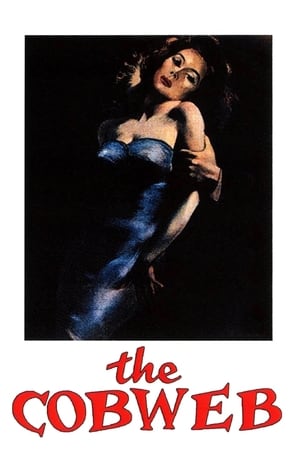 Storyline:
At an exclusive psychiatric clinic, the doctors and staff are about as crazy as the patients. The clinic head, Dr. Stewart McIver, thinks that it would be good therapy for his patients to design and make new drapes for the library. Mrs. Karen McIver, who is neglected by her hardworking husband (and a bit unbalanced herself), wants to make her mark on the clinic, so she orders new drapes. Miss Inch, the business manager, who has been with the clinic longer than anyone, sees this as an intrusion into her territory, and she too orders drapes. All this puts everyone in a dither, as they fight over drapes and clinic politics.
Written by
John Oswalt <[email protected]>
User Reviews: Confounding melodrama taken from a William Gibson story, produced by John Houseman and directed by Vincente Minnelli (talk about a bizarre group of chefs!). Richard Widmark heads up posh, upscale rural nervous asylum, where his loose wife battles with self-appointed queen bee Lillian Gish, and Widmark himself gets the straying eye for staff-newcomer Lauren Bacall, who is putting her life back together after the death of her husband and child. Facetious and muddled, set in an indiscriminate time and place, and with a "David and Lisa" love story hidden in the plush morass. Widmark and Bacall do have some good chemistry together, but this script gives them nothing to build on. For precisely an hour, most of the dialogue concerns what to do about the drapes hanging in the library (this thread isn’t used as symbolism, rather it’s a red herring in a non-mystery!). The picture hopes to show the loggerheads that disparate people come to when they’re working in the same profession and everyone thinks their opinion is right, but unfortunately the roundabout way Minnelli unravels this stew is neither informative, enlightening nor entertaining. ** from ****