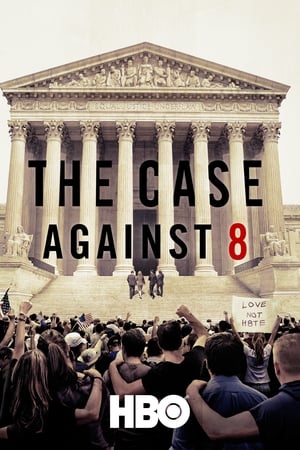 Storyline:
After the California Supreme Court ruled in May 2008 that same-sex couples could marry, a proposition was put to voters to amend the state constitution to define marriage as being between a man and a woman. After that proposition was passed a group decided to challenge the constitutionality of the amendment. This documentary follows the efforts of the plaintiffs and lawyers over four years as the case winds its way through the courts.
Written by
garykmcd
User Reviews: The Case Against 8 was very well-received at its showing at Austin’s SXSW Film Festival. This film presents a powerful human portrait of the individuals involved in fighting the legal case that led to the successful legal case that legalized same-sex marriage in CA. The film provides a detailed step-by-step examination of the case and provides considerable human insight into both the unusual legal team that fought the case and the lead plaintiffs who undertook the case. The film brings their heroic struggle to life. It also provides an excellent example of how to present a legal documentary for a non-expert audience with equal parts law and humanity.

However, like so many political documentaries the film is one- sided in its presentation. It sometimes mocks the other side’s arguments so that one wonders how they were not laughed out of court. Although some of their adversary’s views are presented, it does not really allow an articulate presentation of the other side’s case. The film does not really give any screen time to advocates for Proposition 8. Nor does it seem to take seriously the argument that Proposition 8 was supported by a majority of the state’s population in a popular vote. In this sense, the film seems to cross the foggy line between documentary film making and political advocacy film making. While I agree with the filmmakers in their opposition to Proposition 8, I don’t believe they present an objective multi-dimensional picture of a complex and controversial issue. I wish they had found a way to present a fairer and more complete picture of both sides in what still remains a hotly contested issue. Despite these flaws, the film still remains a powerful portrait of some very important aspects of the complex debate over same-sex marriage.