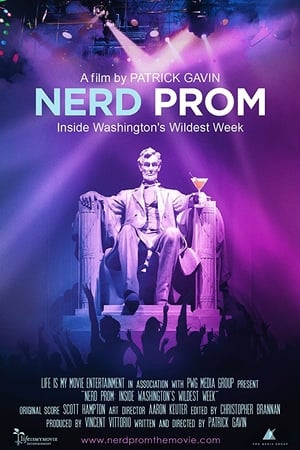 Storyline:
It’s a cruel irony: During a time in which Americans’ approval of their representatives and reporters in Washington stands at embarrassing lows, the single biggest event in the United States’ capital each year is not one filled with civic-mindedness and public service. Instead, it is an unadulterated self-celebration known as the White House Correspondents’ Association’s annual dinner. What began in 1921 as a one night dinner affair has escalated into a five day celebration each spring that consists of nearly two dozen parties, and the dinner and these parties represent the hottest and most sought after tickets in town as well as the single most important opportunity for those trying to influence Washington’s power players. While the Association attempts to frame the weekend as being about the important and increasingly difficult work of White House correspondents, the festivities have taken on an entirely different purpose. For ten years, reporter Patrick Gavin observed and covered …
User Reviews: Find showtimes, watch trailers, browse photos, track your Watchlist and rate your favorite movies and TV shows on your phone or tablet!