Storyline:
When barbarian hordes threaten her homeland, the brave and cunning Mulan disguises herself as a male soldier to swell the ranks in her aging father’s stead. The warrior’s remarkable courage drives her through powerful battle scenes and brutal wartime strategy. Mulan loses dear friends to the enemy’s blade as she rises to become one of her country’s most valuable leaders – but can she win the war before her secret is exposed?
Written by
AnonymousB
User Reviews: I just recently found out that the story of Mulan did not originate from the 1998 Disney animation. That being my favourite Disney film, I went in search of other Mulan movies, and found this. While the length of the film made me hesitate, I found it quite enjoyable.

The film did not have the Disney/Hollywood touch to it, and as much as I still spend time watching Hollywod movies, it gives a fresh new take on Mulan (or new to me anyway). Quite a lot of the film diverts from the Disney Mulan, but the foundation of the story is still there. Note: The legend of Hua Mulan is actually based on a poem.

The film starts off with Mulan caring for her father, and progresses to the familiar calling for soldiers from every family and Mulan running off in her father’s place. In this film Mulan already knows how to fight before going to war, so I guess that makes it more believable that she will be able to keep up with the others. However, her voice and appearance are still noticeable that of a woman which annoyed me a little (this isn’t an animation after all), but after awhile I got used to it. I still think they could have made her character try more to fit in with the characteristics and the like, even if they couldn’t manipulate her voice or appearance much.

The fighting scenes, though very elaborate was a bit too bloody for me. It wasn’t excessive but I could have done without some of them. The war lasted a long time and I guess this is reminiscent of wars in those times.

I wasn’t really fond of the character of Modu (Jun Hu), who like the enemy in the Disney film, is very exaggerated in his evilness. The way he acts too is pretty stereotypic. Wei Zhao and Kun Chen as Mulan and Wentai (character of Shang in Disney’s Mulan) had pretty good acting, but at times I felt the chemistry between them was too forced, and some parts were also a little cheesy. Jaycee Chan (son of Jackie Chan) did a great job as Mulan’s friend and his acting is actually not bad. In addition, I found it very awkward and random that they had to have a white person in the film for no apparent reason. OK he is actually Russian (Vitas who plays the character of Wude), but still he didn’t do much and he actually doesn’t speak except for one sentence I think. Makes me wonder.

The ending I liked, but I also disliked. If you watched it, you probably know what I’m talking about. 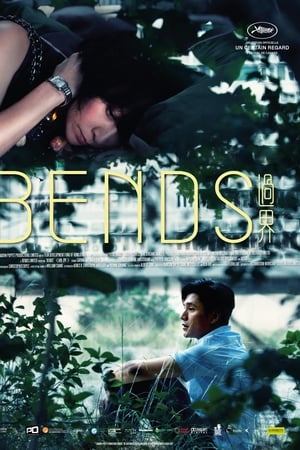 Storyline:Anna (Carina Lau), a wealthy Hong Kong housewife, suddenly finds herself deep in financial trouble as her only source of income, her husband, disappears. Her driver, Fai (Chen Kun), who lives in Shenzhen wit...