Storyline:
A man and woman fall in love but lie about who they really are due to their mutual insecurities.
User Reviews: This has got to be one of the worst movies I’ve ever seen. Add some scripture to it and it would be on par with "C Me Dance." Halfway through the movie, all I could think of was taking mental notes of everything wrong with it so that I could write a negative review. I’ve never done that before.

The entire cast was amateur and in the wrong profession, but the lead male actor was a new level of bad. He sounded robotic, like he was reading the whole way through. They all did. And not even read well, but like a bunch of grade-schoolers rushing through a script at a table reading, or the narrators on Teen Mom. Even if the script had been okay, which it wasn’t, the lines were delivered terribly, and sometimes even with emphasis on the wrong words, changing the intended meaning of the line.

The audio for outdoor scenes sounded like they were dubbed over by the actors speaking directly into a microphone in an echoey room. Other sound effects like slapping or punching were completely off, not to mention that those fight scenes were incredibly poorly choreographed. The soundtrack wasn’t the worst music I’ve ever heard, but it did not fit at all with the scenes, and the musical sound quality was poor and usually at the wrong volume.

Any nurse or first year med student could have reviewed the medical aspect of this movie and told them how incorrect half of it was. It was nonsensical. Don’t make a movie that includes a fair amount of medical content if you have no knowledge of medicine and won’t bother to hire a fact-checker who does.

The casting was wrong on many levels, but also, don’t cast an average looking woman to play the part of an "incredibly sexy model." There was nothing wrong with her looks, but she was obviously not a model of any kind. They completely missed the mark on suspension of disbelief.

The only reason I’ll give this movie a 2 instead of a 1, is that the idea for the plot wasn’t a bad one, it was just poorly executed. I think it is worth exploring the facets of a relationship and how people lie in the beginning, and then taking it to extreme levels. I have MS, and I’ve had to deal with issues surrounding whether or not to come clean about this fact in new relationships and when to do so. I could have identified with the lead female role in her situation, but the story was so poorly told that I couldn’t enjoy it. What a shame.

I don’t recommend this movie to anyone for any reason. Waste of time. 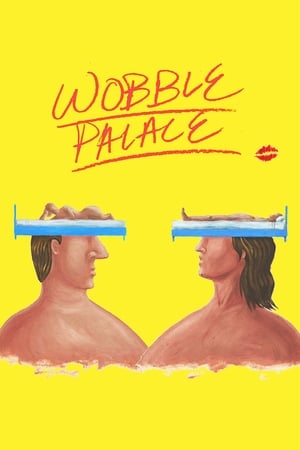