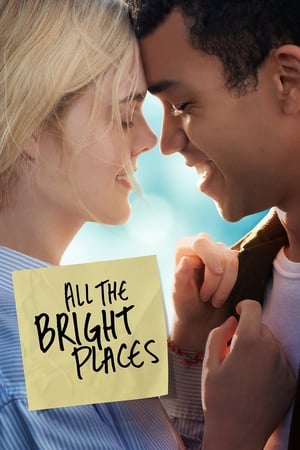 Storyline:
The story of Violet Markey and Theodore Finch, who meet and change each other’s lives forever. As they struggle with the emotional and physical scars of their past, they come together, discovering that even the smallest places and moments can mean something.
Written by
Netflix
User Reviews: I read this book for the first time over four years ago and I’ve been keeping track of the movies production since it was announced in 2016. The book is very complex, typically something hard to match with a movie, especially a Netflix Original. Something I liked was Ella Fanning’s performance, she did a pretty good job at being Violet. However this just leads to the many issues I have with this film. The portrayal of the mental health issues in movie are not bad however I feel that the story deserved more of an Indie feel and less of a mainstream Hollywood glow. This movie fails to set itself apart from other Netflix originals, whereas the book was 1 in a million. Finch’s family is not supposed to be well off at all, however their house shows different. Typical of Netflix. He also, at least for me was not what i pictured. He has the same charm and looks wise he fits but the overall feel is a bit off in my opinion. Many of the details that made this book so amazing were cut out and left behind which is one of the reasons it becomes almost cheesy. I wish this movie had gone through a bit more screening and thought because the book deserved to make a beautiful picture. It’s always hard to be satisfied when a book you love becomes a movie, and although this movie is not terrible by any means and still holds some of the things All Of the Bright Places readers love it sadly fell short.